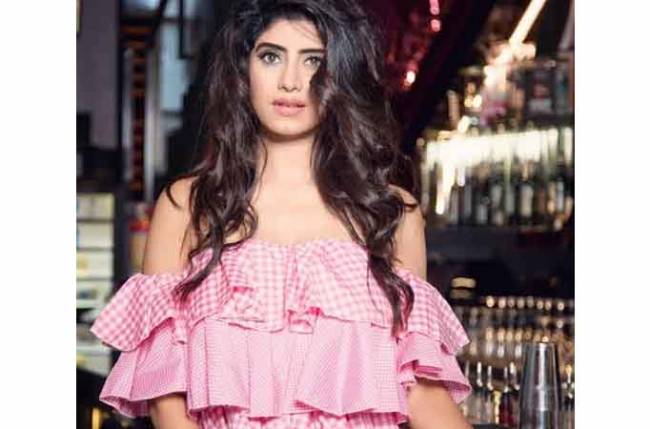 ‘Acting is behaving truthfully under imaginary circumstances’ This quote has inspired many actors around the globe and one of them is Vindhya Tiwari, who is essaying the role of Behula in Sony Entertainment Television’s show Vighnaharta Ganesh. In the coming track, Behula had to perform suhagan shringaar nritya to resurrect her husband. To give the best to this performance nritya Vindhya practiced for 8hrs straight before the shoot. Currently the audience can watch with the blessing of Devi Mansa, Behula crosses all Yampuri cities.

Vindhya Tiwari has proved her acting ability with all the show, she has been part of in the past. In the current track she would be seen doing classical dance which she learned in one day and practiced for 8 hours straight. But her dedication and persistence proved you can do anything if you are committed towards your work. Though post the final shoot she had swelling in her foot, but she was keen to complete the sequence in the given time. This attitude of hers was highly appreciated by the entire team.

Vindhiya telling about her experience said, “ This is my first mythological show, so I was really excited and Vighnaharta Ganesh is running for more than 3 years that shows how much the audience is loving it. I was told a day before that a dance sequence would be shot and for the same I rehearsed for 8 hrs straight and even the gungroos were to heavy but I knew I need to complete the sequence. I feel so happy that the team was so supportive and helpful entire time.