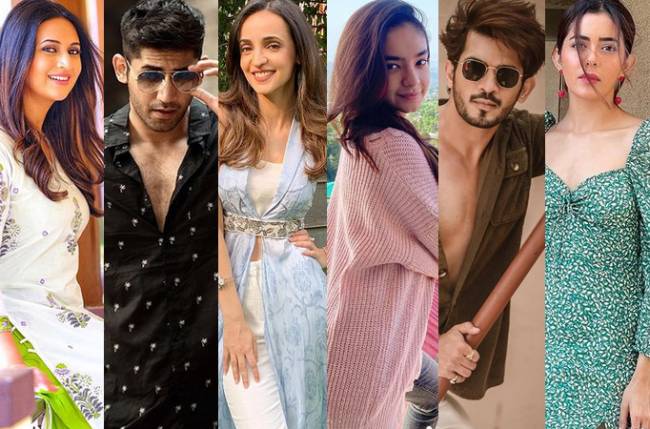 This is the final list of those who will be seen in Khatron Ke Khiladi 11. The confirmed list of celebrities who will participate in the stunt based reality show is out.

Divyanka Tripathi Dahiya: Divyanka after her show Yeh Hai Mohabbatien is all set to break her onscreen image. The actress is all set to participate in the stunt based show and showcase her daring side. Divyanka has also been the winner of Nach Baliye 8.

Rahul Vaidya: The famous singer who won hearts after his stint in Bigg Boss 14 will also be seen participating in the show but there are reports that he has backed out.

Sanaya Irani: She was last seen on television in 2017 when she participated in the couple dance reality show Nach Baliye 8 along with husband Mohit Sehgal. She will again make a comeback with this reality show.

Abhinav Shukla: The model actor who surprised the audience after his participation in the controversial reality show Bigg Boss 14 will also be seen in Khatron Ke Khiladi 11.

Anushka Sen: The popular TV actress will also be seen doing some dare devil stunts this season to entertain her fans. The actress was playing main lead in ZEE TV’s Apna Time Bhi Aayega but had to quit the show in between for health reasons after which Megha Ray stepped into her shoes.

Varun Sood: The actor and athelte who garnered all the attention by his participation in reality shows like Roadies X2, Splitsvilla 9 and emerged the winner of Ace Of Space will now have another reality show to add in his list.

Arjun Bijlani: The actor has already confirmed his participation in the reality show and has also mentioned how terrified he is of reptiles.

Sana Sayyad: Sana who started her journey with reality show Splitsvilla and went on playing main in lead in shows like Divya Drashti and Lockdown Ki Lovestory will also be showing her daring side this time.

Mahek Chahal: Bigg Boss 5 runner up and famous actress model will also been challenging herself by performing daredevil stunts. The actress recently made headlines for her personal life after she parted ways with fiance Ashmit Patel after 5 years of relationship.

Nikki Tamboli: One of the most popular contestants of reality show Bigg Boss 14 and also a finalist is now set to surprise her fans with this reality show. Nikki is the third contestant from BB14 after Rahul Vaidya and Abhinav Shukla who will participate in Khatron Ke Khiladi 11.

Vishal Aditya Singh: He participated in Nach Baliye 9 and Bigg Boss 13 in the very same year and is back to entertain his fans in the reality space as the actor is packing his bags for the stunt based reality show this time.

Aastha Gill: The one who has made people move on her songs like Dj Waley Babu, Buzz and Proper Patola will be seen moving on Rohit Shetty’s instructions in the upcoming season.