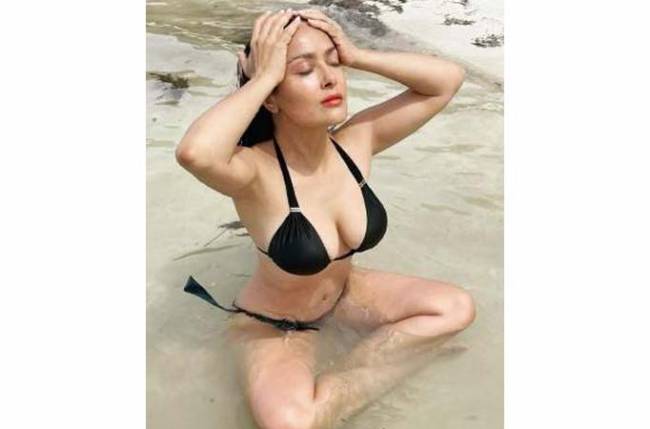 Hayek on Tuesday night posted two pictures on Instagram. The first image features the 54-year-old diva sitting in water on a beach while in the second photo she is seen doing the yoga pose Sukhasana at the same spot.

She completes her look with red tinted lips.

“We need to keep our cool. Hay que mantener la calma #instamood #calm,” she wrote as the caption for the picture, which currently has over 1.7 million likes.

The film is about beings with superpowers called The Celestials, and their villainous adversaries, The Deviants, in a war set millions of years ago.