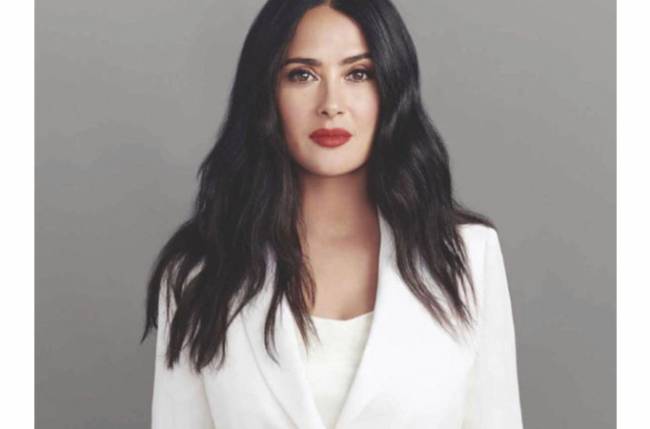 At 54, Hollywood diva Salma Hayek says she has pulled off the best stunts of her career in her upcoming film.

The actress teased about her upcoming action avatar in “The Hitman’s Wife’s Bodyguard” through an Instagram post on Thursday.

“Never let anyone tell you you are too old. Get ready for this summer where at 54 I get to pull some of my best stunts ever,” she wrote along with a still of the upcoming film.

Hayek will feature alongside Samuel L. Jackson and Ryan Reynolds in the film, which is a sequel of the 2017 film, “The Hitman’s Bodyguard”. It is directed by Patrick Hughes. In the image, Hayek, Jackson and Reynolds are seen sitting on chairs, ready to face the villain, played by Antonio Banderas. The film also features Morgan Freeman, Frank Grillo, and Richard E. Grant.

The actress will also be seen in “The Eternals”. Directed by Chloe Zhao, the film also stars Angelina Jolie, Richard Madden, Kit Harington, Gemma Chan, and Kumail Nanjiani. It is about the super-powered beings, The Celestials, and their villainous adversaries, The Deviants, in a war set millions of years ago.

Nanjiani had revealed that his character will have the secret identity of a Bollywood star. It is expected to open on November 5, 2021.