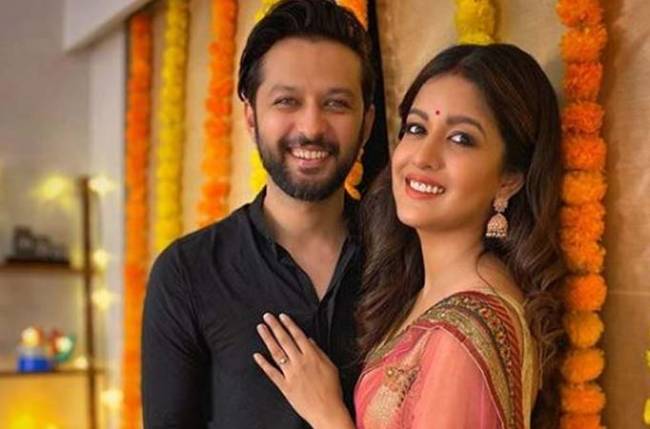 While there are some love stories that become inspiring giving some relationship goals, there are some, which remind you of the old love story of the legendary actors and actresses.

One of the most popular telly jodis is Vatsal Seth and Ishita Dutta. The pair had first met on the sets of their TV show Rishton Ka Saudagar – Baazigar (2016).

Vatsal (best known for his role in Yeh Rishte Hai Pyaar Ke) and Ishita had got married on 28th November 2017. The duo had dated for sometime before getting married.

It takes a lot of effort to keep a relationship going, but it takes someone special, with whom you can show your goofy self. From celebrating Karwa Chauth to being fitness partners, the duo is setting major couple goals since marriage.

To talk further about the pair, their love story was very unique. According to media reports, they fell in love after their serial went off-air.

About the actress’ work front, she made her TV debut in 2013 with Ek Ghar Banaunga. She had played the role of Poonam and received a positive response from the audience. After her movie Drishyam, the actress was also seen playing the role of Baani in Bepanah Pyaar.