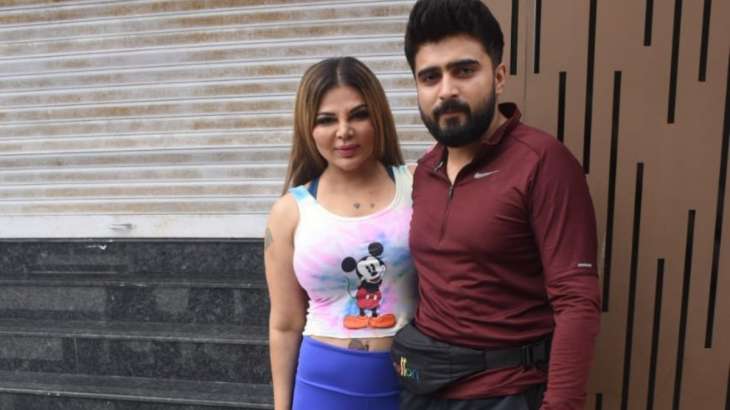 MUMBAI: Rakhi Sawant is one of the most famous names in the world of entertainment. Recently, she grabbed headlines for her stint in the Bigg Boss house, where she won the hearts of the audience.

She entered BB15 as a wild card contestant, and became a finalist in the show. But just a few days before the finale, she was eliminated, which upset her a lot.

She had grabbed headlines as she finally revealed the face of her husband Ritiesh, and fans were very excited to see the both of them in the reality show.

But many fans have also said that they were a planned couple and that their marriage was fake. She finally ended the marriage and got divorced.

We have often seen how the actress has broken down in front of the media as she remembered Ritiesh, her ex-husband, and has spoken about how much she loved him and how hurt she was.

But now the actress has moved on and is in a happier space, because she has found the love of her life.

The actress introduced the love of her life through a video call while interacting with the media and looked super-hot and happy.

These days, she is grabbing headlines for her love life with her new partner, ‘Adil’.

Recently, we have seen the spat taking place between Rakhi and Sherlyn Chopra, who can be seen placing allegations on each other.

But then, there were other reports doing the rounds that Rakhi might have made some kind of case on her boyfriend Adil.

Now Rakhi had finally broken her silence on creating a rift between Adil and herself.

While returning back from the police station, Rakhi spoke to the media and said, “I am warning people who are trying to come between Adil and me and spreading this false news. One of the media portals wrote that the senior inspector spoke about such a case, but now when I met him, he said that there is no case as such.”

She further said, “The senior inspector said that between husband and wife, such cases don’t exist, and that I shouldn’t pay attention to it. It’s a last warning that if anyone comes between us, I won’t spare that person. However much I try to stay away from controversies, it follows me no matter what.”

Well, it seems like Rakhi is very pissed with this baseless news, but finally she has cleared the air.