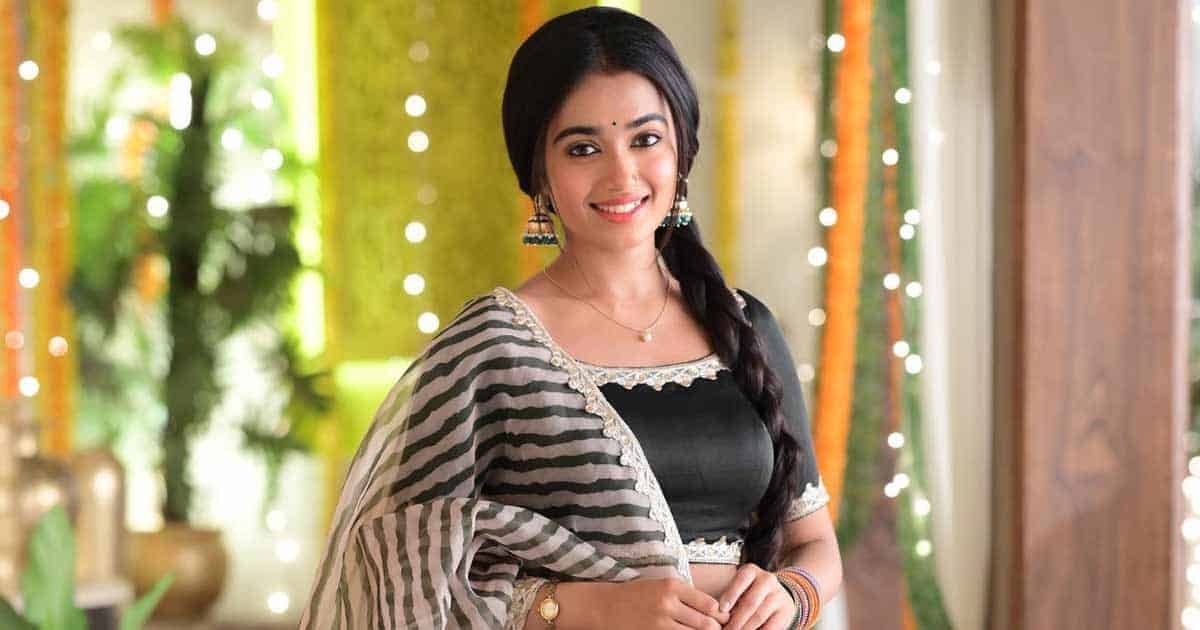 MUMBAI : Neehraika Roy is winning hearts with her role in Radha Mohan.

Neeharika Roy debuted in 2013 as a child artist in the TV series “Bharat Ka Veer Putra – Maharana Pratap” on sony TV. She played the role of Saubhagyavati in this show.

She also made an appearance in a season of “Savdhaan India” on Life OK in 2016.

This year, she was cast as Radha Vashisht in television series “Pyar Ka Pehla Naam: Radha Mohan” on Zee TV.

The actress recently celebrated her birthday and TellyChakkar was there for the cake-cutting.

Tvmag recently got in touch with the actress to talk about her birthday, a star she admires and so much more.

You are working on your birthday, what plans do you have?

I had a call time of 6:30 so, I came in and I’m working. I’m doing something I love, which is acting and shooting. Also, receiving all the love and admiration from fans and co-stars is just amazing.

Do you have a special birthday memory or a birthday wish that came true?

I had always wanted to spend my whole day on set, with my co-stars working and having fun, and that actually happened. When I was shooting for ‘Tera Yaar Hoon Main’, all the people my age celebrated with me and they just spread the cake all over my face. It led to a cake fight because we were all covered with cake and I just remember that as a happy memory.

If you had a choice to get a birthday wish from a celebrity or star that you admire, who would that be?

I have a crush on Tiger Shroff and I think if that happened, my day would be made.

What would you like to say to your fans?

It is only because of fans like you and the love that you have given me because of which I have the privilege of working on my birthday. I am so happy that you choose to shower your love on me and it is because of you that shows like Tera Yaar Hoo Main or Pyaar ka Pehla Naam Radha Mohan work because you continue to support us. Thank you so much!