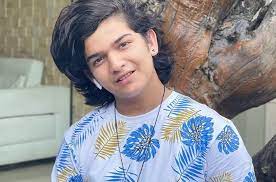 MUMBAI: Tvmag is back with yet another exclusive update from your favorite show.

The show has managed to garner huge praises from the viewers.

Now we have learned that Krish Chauhan will soon be part of the show. However, details about his character are still unknown.

The actor was previously part of shows like Ram Siya ke Luv Kush, Punyashok Ahilyabai-Khanderao, Balika Vadhu 2 among many others.

Let’s see what his character will add to the show.