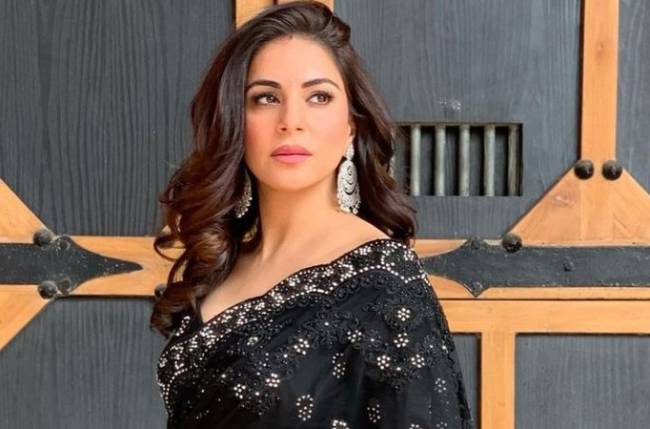 On Thursday afternoon, Kundali Bhagya actor Shraddha Arya took to Instagram and posted her version of Yashraj Mukhate’s ‘Pawri Horahi Hai’. As soon as he dropped his new music video, it went viral in no time and many celebs from the Telly and Bollywood industry reprised his song and shared their versions of the ‘Pawri Horahi Hai’ meme.

Now. Shraddha gave a sneak peek into her closet and quipped that cleaning it is the biggest task for her through her video. Sharing the same, she wrote, “Yeh Mai Hun, Yeh meri Almawrii Hai, Iski safai Hawrii hai.”.

In no time, Shraddha Arya’s fans reposted the video on Twitter and dropped endearing comments.

Shraddha Arya is quite active on social media and often shares glimpses of her whereabouts. She shares many BTS videos from the sets of her show, Kundali Bhagya. Recently, she dropped a video in which she flaunted her red lehenga. Her heavy attire had intricate work on it. Shraddha stars alongside Dheeraj Dhoopar, Ruhi Chaturvedi, Anjum Fakih, Abhishek Kapur, Swati Kapoor, Supriya Shukla, Anisha Hinduja and others in the daily soap.

As per the current track, Preeta and Karan shared a warm moment during Valentine’s Day. The latter went to the Arora household and impressed his wife’s family with his sweet gestures. More so, he also told Sarla that he will always have faith in Preeta and that he will never leave her side. Karan and Preeta will soon welcome a new problem as Prithvi is back to create a rift between the duo.

Zee TV’s official social media handle shared a new promo in which the makers have brought in a new character to separate the lovebirds.