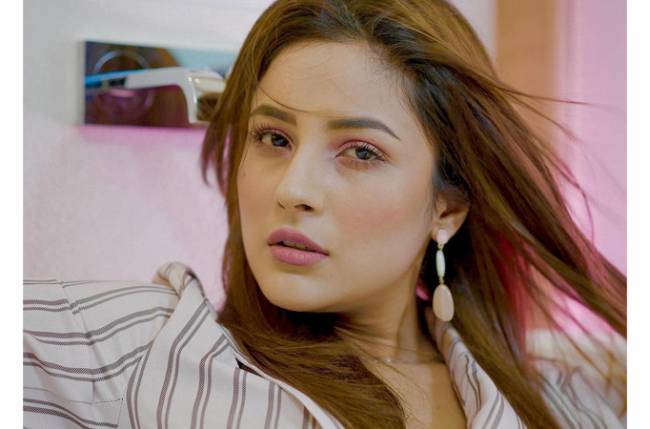 Shehnaaz Gill has been one of the talked about celebs in telly world lately. The actress had become a household name post her stint in Bigg Boss 13.

The Punjabi model turned actress had entered the popular reality show as a contestant and was among the top finalists of the show and while her bubbly nature was loved by the audience, Shehnaaz also became the social media star with her intriguing social media posts. In fact, each of her Instagram posts has been a rage among the fans.

Amid this, Shehnaaz’s bubbly nature manages to grab the attention time and again. Recently, the diva was papped at the airport in an all-black attire as she was heading for the shooting of her movie. While the actress was heading towards the entry gate, Shehnaaz was spotted getting into a sweet banter with the paparazzi and the video of their conversation is winning the internet.

In the video, the paps were seen complimenting Shehnaaz for being cute. To this, the actress sweetly replied, “Bas yahi dialogue maarte raho.”.

Meanwhile, talking about the work front, Shehnaaz, whose sizzling chemistry with Sidharth Shukla in Bigg Boss 13 won a lot of eyeballs, was seen doing a couple of videos with the Dil Se Dil Tak actor.

Besides, the lady is looking forward to becoming a playback singer. “I will focus more on my singing career. I want to be a playback singer and make my name big. I have some projects including films in my hand. As an actress, I always wanted to become a versatile actor who can play any role or part.”, Shehnaaz was quoted saying.