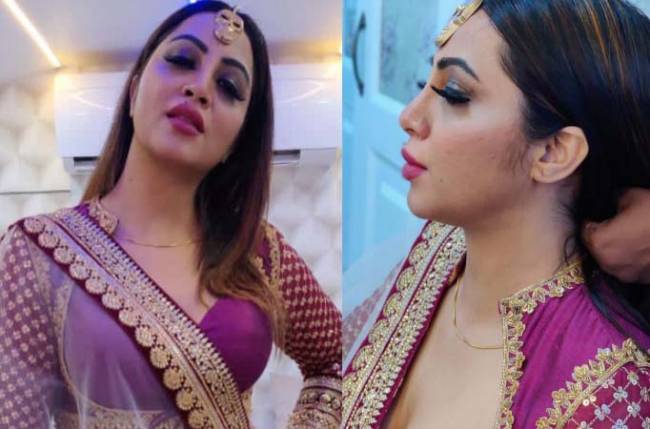 Actress Arshi Khan has admitted that she has got lip filler job done, adding that Rakhi Sawant took her to the doctor.

Arshi and Rakhi have entered the “Bigg Boss 14” house as new challengers. In the weekend episode, Rakhi and Arshi were seen digging out their past and challenging each other to tell the truth.

Superstar host Salman Khan made them play a game where Arshi and Rakhi revealed truths about each other. During the task, Arshi admitted to having got a lip filler done. She joked that Rakhi took her to the surgeon, and that the latter has gone for full-body surgery.

To this, Rakhi declared she got botox job done, confessing that she steals toiletries from hotels.

Arshi was also seen mocking Rakhi’s marriages, and shared that she has heard he is a “takla” (baldie). Rakhi retorted saying she has been married thrice.