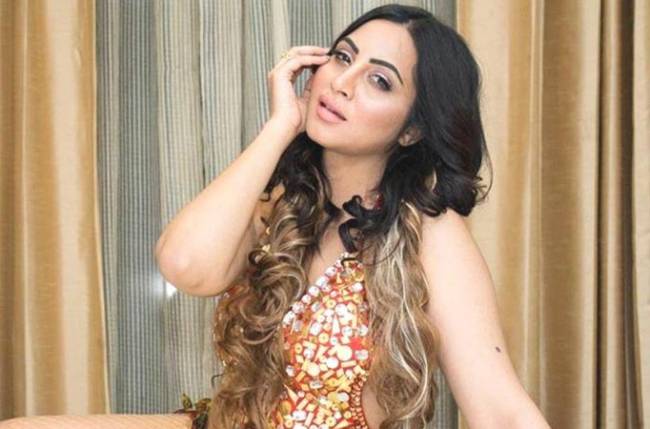 Actress Arshi Khan, who rose to fame with her stint in the controversial reality show “Bigg Boss”, says she was not serious about her career before the show.

The actress says that the show was a complete game changer and marks a turning point in her career.

“I was not at all serious about my career and life plans. Just used to live an unplanned life till the time I stepped into the reality TV show Bigg Boss. The show happened to change my life completely and has shown me a changed Arshi, inside me,” she says.

In fact, the actress adds that the host of the show, superstar Salman Khan, taught her a lot as well.

“Earlier, people around me used to create controversies and used to blame me for them. But Salmanji taught me how to handle (such) situations. He tried to bring a change in me either by explaining things in a funny way and also scolded me a bit. I’m thankful to him, he inspires me,” she says.

Arshi was part of “Bigg Boss 11” and also came back on the show as a challenger in “Bigg Boss 14”.

The actress, who has acted in many TV shows such as “Vish” and “Savitri Devi College & Hospital”, wants to share screen space with Salman.

“I’m now focused towards my acting career. I’m learning more about it after taking more OTT and regional projects. I’m open on doing more TV shows. But I wish to share screen space with Salman Khan some day,” she says.

Arshi’s most recent work is the OTT series “Raat Ki Rani Begum Jaan”. She will also be seen in a Punjabi music video soon.