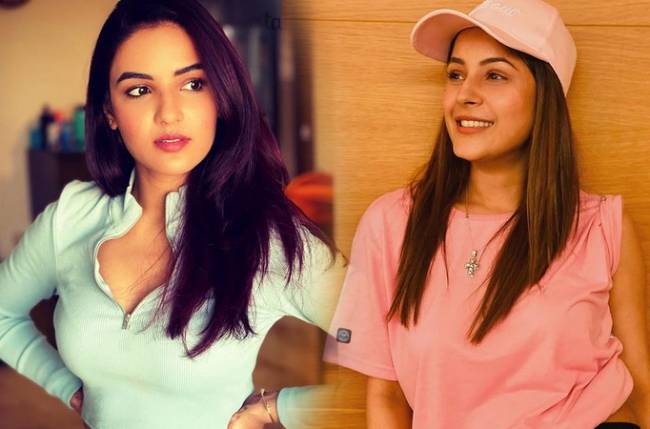 Jasmin is one of the most loved actresses on television, and she rose to fame with her character in Naagin and her stint in the Bigg Boss house.

The actress grabbed headlines for her fights with Rubina and her cute relationship with Aly Goni.

Post Bigg Boss, she was seen in a music video alongside Aly, and the two look gorgeous together.

Jasmin has come up the hard way, and today, she has become a big name in the industry.

She is making headlines these days for her personal life and her relationship with Aly. They get papped as they step out for dinner or go out on a vacation.

Now, we came across a video where Jasmin reveals the quality she likes in Shehnaaz Gill.

Jasmin says that she likes the cuteness and bubbliness of Shehnaaz, and the transformation she has had after Bigg Boss is just commendable. She is a lovely soul.

Both Shehnaaz and Jasmin were Salman Khan’s favourites in the Bigg Boss house, where he called Shehnaaz Punjab Ki Katrina and called Jasmin the Katrina Kaif of TV.

The two were loved and considered similar, although they were participants in different seasons.

Well, it is really sweet of Jasmin to talk about Shehnaaz, and the two are extremely doing well post their journey in Bigg Boss.