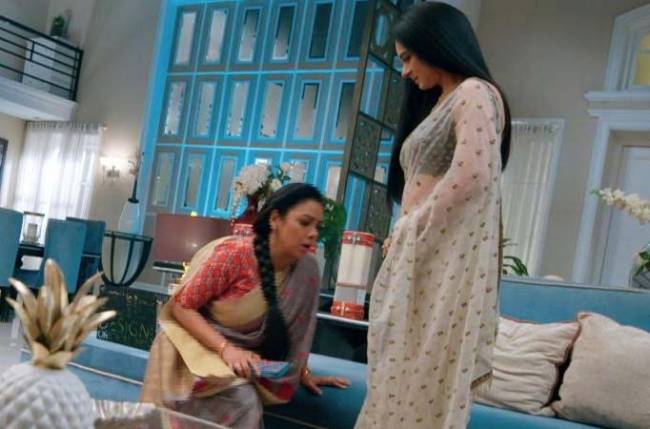 Anupamaa’s life in Rajan Shahi’s “Anupamaa” took an unexpected turn when Paritosh came home after marrying Kinjal. While the whole family is worried about Kinjal’s mom Rakhi Dave’s next move, Anupamaa wants to mend the broken relationship between the two families.

When Paritosh and Kinjal eloped and got married, Rakhi had threatened Anupamaa and the Shah family that she will take revenge from them and will get them arrested. She also said that she has disowned Kinjal. But Anupamaa still took Kinjal to meet her mom and dad. Rakhi put up an act on seeing them and said that she will not let them enter, and later surprised them by saying that she won’t let her newly wedded daughter enter without doing an aarti. She not just welcomed Kinjal, but also hugged Anupamaa.

However, once they entered the house and Anupamaa told Rakhi that she is happy that they are working on their differences, Rakhi pushed Anupamaa and she fell on Rakhi’s feet. She told Anupamaa that it’s her real place, and she is not going to spare them for what they did with her and her daughter.

What will Anupamaa do now? Rakhi has never left an opportunity of taunting and insulting Anupamaa, but she has always ignored it while keeping her self-respect aside. So how will she react to Rakhi’s behaviour? Will she tell Kinjal about it? And how will she bring both the families together? To know what happens next keep watching “Anupamaa”.