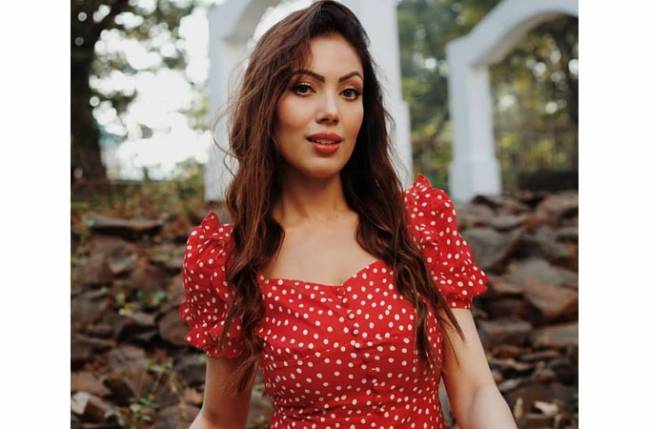 Both fans and many TV celebrities who ardently follow Salman Khan’s reality show have expressed their opinions over this ‘unexpected tiff’ in BB 14’s house.

The latest to join the bandwagon in terms of expressing their individual views on the same issue is none other than TMKOC’s Munmun Dutta aka Babita ji.

Munmun Dutta, who plays the role of ‘Babita’ in Taarak Mehta Ka Ooltah Chashmah took to her Twitter handle to express her opinion by slamming Kavita for siding with Eijaz in the brawl.

The beautiful TMKOC actress called Kavita ‘rude’ and confirmed her own respect towards Eijaz for keeping his calm.

“Kavita Kaushik is absolutely rude. Period! Disgusting way of speaking to Eijaz. She forgot her own behaviour with Shardul (Pandit), Pavitra (Punia), Rubina (Dilaik) when she was the captain. Those overreactions, respect for Eijaz today for still being respectful in front of that verbal diarrhoea.”, Munmun wrote.

She also revealed her ‘favourite contestants’ from the Bigg Boss 14 house. Tagging Pavitra and Rubina as her ‘most-cherished’, Munmun shared, “To date, my favourites have been Pavitra and Rubina in this show. Both these girls are strong, sorted, and entertaining in their own way. Rest keep changing every day or every week.”.

Lastly, Munmun gave a befitting reply to the people who tried trolling her for watching a controversial show like Bigg Boss by claiming it to be a matter of ‘personal choice’.

Meanwhile, Kavita outbursted on Eijaz by questioning his friendship and even alleged him of ‘using’ her for the show, which left him emotionally vulnerable.

Kavita’s friend Kamya Punjabi, who has been a former contestant of Bigg Boss’ former season has come out in her support.