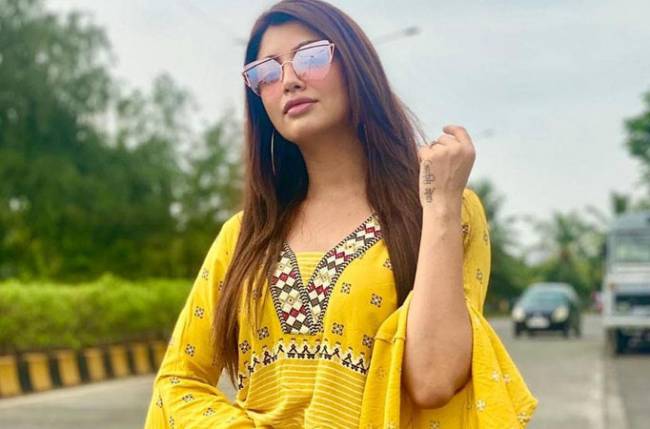 Model and actress Akanksha Puri is known for her work in Malayalam, Tamil, and Bollywood cinema. She made her Bollywood debut with Madhur Bhandarkar’s film Calendar Girls and is currently playing the lead role of Mata Adi Parashakti and her avatars in Sony TV’s Vighnaharta Ganesha.

However, unfortunately Akanksha will soon bid adieu to the show and has something exciting in pipeline which she will announce very soon.

Along with being known for her acting chops, Akanksha’s personal life has always been in the news. The actress was in a relationship with Paras Chhabra however their relationship went kaput post Paras’ stint in Bigg Boss 13.

There were speculations about Akanksha participating in Bigg Boss 14 however in a recent Q&A with fans, she cleared the air of not being part of the show.

One of her fans popped a personal and interesting question at Miss Puri which she smartly answered without spelling beans.

Well, a fan asked Akanksha if she is single or taken to which she gave an interesting reply. Take a look! 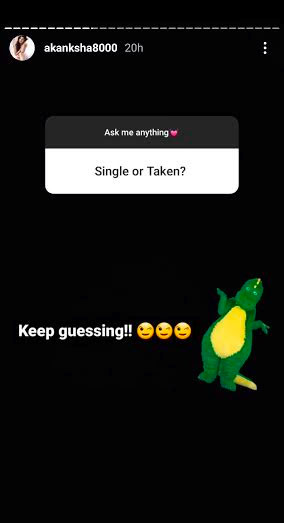