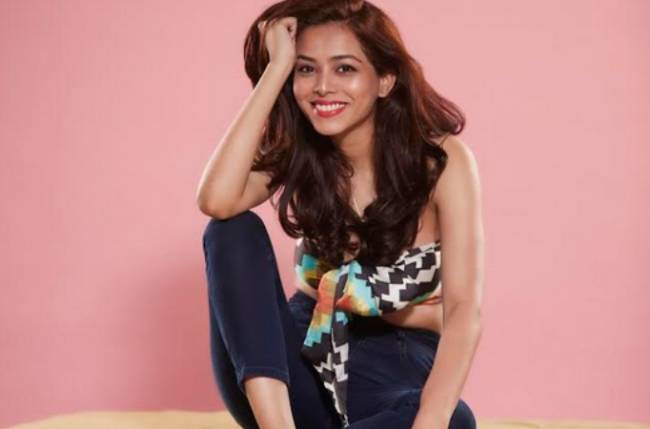 It seems audiences are enjoying Vaishnavi Dhanraj’s role of the loving sister Namrata, who can do anything for her brothers’ happiness, in the show Aapki Nazaron Ne Samjha. The actor is happy to have made an impact on the viewers and confesses that she too can relate to certain shades of the character, which had actually helped her to portray the part.

“I related to this character in terms of how Namrata cares for her brother, that she would leave no stone unturned to see them happy. I’ve never played a role where a character who has so much love and care for her siblings that it turns her vindictive and aggressive at times. She isn’t a bad person but it’s her protective streak makes her an obsessive sister. It’s quite a challenging role,” she says. The actor shares getting DMs, calls and messages from admirers of the show saying how much they like Namrata even though she is the trouble maker. “One fan DM-ed me saying Namrata is the spiciest character in the show so far,” she laughs softly.

Vanraj feels the title of the show is apt, and admits being happy that it is inspired from one of her favourite Bollywood songs. “The depth, the meaning and the intensity of this song touches the soul. It suits the concept of the show considering Darsh (Namrata’s brother, role played by Vijayendra Kumeria) is blind yet his disability never stops him for doing anything. What happens in his life that changes things for him is interesting to watch. The show also highlights that love is all about feeling, it’s way beyond how a person looks,” she adds.

The actor says that the reason the show is successful is not just because of the story and performances but also because of the “amazing producers” of the show, Sonali Jaffar and Amir Jaffar. “They have been keeping us all together and motivating us to do better. They are sweethearts. I can talk to Sonali about anything. She takes care of her actors and makes them feel at home. Their generosity and care matches no other producer I have ever worked with. I am blessed to be a part of this team,” she says. Dhanraj opines that much like the Jaffars, there are others who are making good content. And unlike what many might say, on the small screen content is the king.

“People wouldn’t want to watch anything they have seen before or don’t like. So, it’s always a challenge to bring something new and exciting which the audience can relate to at the same time. The team of writers and creatives on this show are doing a great job. There are others who are making efforts too and need our support. I feel the best thing about this industry is that there’s work for everybody, this is a very good phase to be a part of showbiz. I know the pandemic has taken a toll on us all but we’re fighting back, things will be better soon,” she concludes.