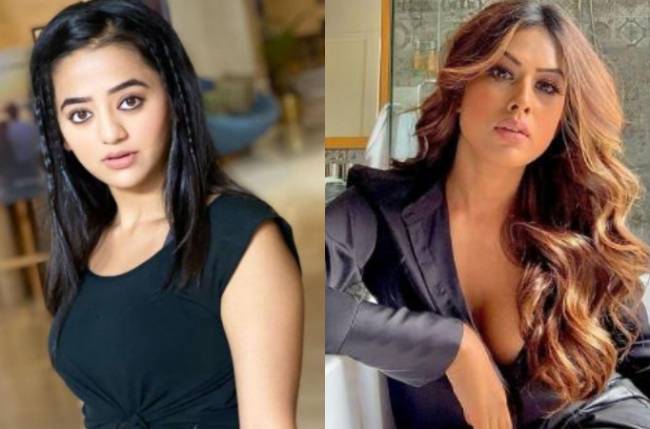 After the show’s successful season 1, the makers came up with season 2 in the year 2020.

This time, Helly Shah, Rrahul Sudhir, and Vishal Vashistha are seen in the lead roles.

The trio is slaying in their characters of Ridhima, Vansh, and Kabir.

Ishq Mein Marjawan 2 which used to air on Colors, recently went digital and is now streaming on Voot Select.

The diehard and the avid viewers of the show can’t get enough of the intriguing plot of the show.

Well, both the seasons of Ishq Mein Marjawan proved to be amazing.

And now, we have an interesting thing to share with you all which not many are aware of.

Do you know that Ishq Mein Marjawan beauties Nia Sharma and Helly Shah shared the screen space in the past? Yes, you heard it right!

Helly and Nia came together for a comedy show called Comedy Nights Bachao.

Both donned Paro’s avatar and also shook a leg on ‘Dola Re Dola’.

Surprisingly, Nia also goofed up as she forgot her lines and a few seconds later, Helly too did the same.

Well, these two beauties have great comic timing and they rocked the stage.