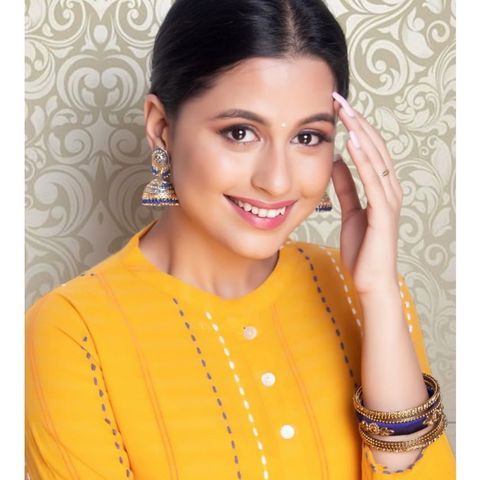 Vaibhavi is a popular and known television actress. She rose to fame with her performance in the serial Yehh Jadu Hai Jinn Ka.

She debuted with the show Chakradhari Ajay Krishna. These days, she is grabbing the headlines for her upcoming project, that is, a brand new show on Dangal.

There were media reports doing the rounds that Molkki actress Kajal Chauhan will be replacing her in the upcoming show as the lead.

As per sources, the news is not true, and Vaibhavi is still a part of the show and will play the lead.

The source also confirmed that Kajal might be part of the show, but that is for another role.

Vaibhavi will seen opposite Kumkum Bhagya actor Arjit Taneja, and this is the first time the two will be sharing space together.

The audiences are excited to see this new pair and for the upcoming show on Dangal.

The show will be produced under the banner of Shoonya Square Productions.

The show will begin its shoot soon and will go air in a few months.

Are you excited to see Vaibhavi and Arjit in this new project?

Do let us know in the comments below.