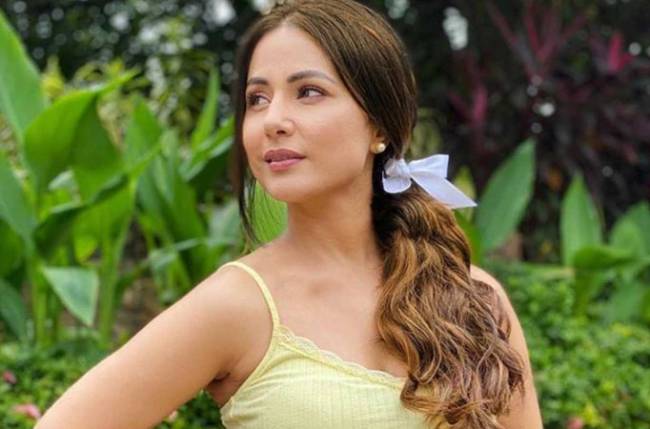 Hina Khan is one of the most popular film and TV actresses. She has mesmerized the audience with her acting skills and style statements. The pretty lady says that she wants to break the stereotypes.

Yes, in a chat, the actress shared that she wants to break stereotypes and barriers and also spoke about the song Humko Tum Mil Gaye. For the uninitiated, Hina and Dheeraj Dhoopar, who were last seen introducing the season 5 of hit franchise Naagin to the audience, recently reunited on-screen for a music video Humko Tum Mil Gaye.

Hina told the portal that she and Priyank Sharma, who she was seen romancing her in her last single Raanjhana is younger to her in real life. The actress says she wouldn’t mind romancing Mohsin Khan and Rohan Mehra onscreen who played her onscreen son-in-law and son respectively in Yeh Rishta Kya Kehlata Hai. She says if their chemistry works on-screen and they look good then nobody will object to it.

On working with Dheeraj, she said, “I am again making an effort to break the barriers which is why we were cast opposite each other. The makers of the song loved the love-hate relationship between Dheeraj and me in Naagin 5. I said yes immediately. I said why not break the barriers and set an example that no matter what characters you played in your last project, if you look good on-screen you should do the project.”

The actress further added, “Tomorrow, if I am offered a song and I have to romance Mohsin Khan or Rohan Mehra on-screen I will do it why not. I will make sure I justify the song and we look good as a couple. End of the day we are actors and I feel nobody will question us.” She said that if they perform and their chemistry is visible, nobody is going to question them and “it’s high time we should break these stereotypes.”

Do you agree with Hina? Tell us in the comment section.