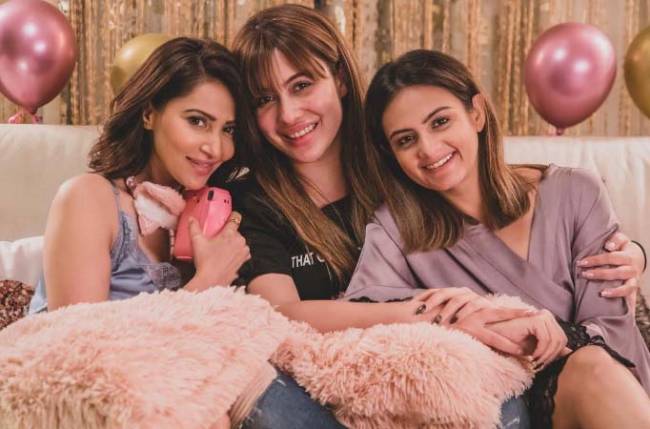 Shweta Rohira is elated to be part of the Aneeta Patel’s Girl Talk. The actor, who is known for her plays such as That’s My Girl and Blind Date, says that her character is very different from how she is in reality. “The title says it all, everyone wants to know what girls talk. I play the role of Shanaya and is quite different from me. The only thing similar to us is the beginning of our names letter S,” she says.

She adds, “I relate to the friendship Rishina and my character share and one thing that I relate to my character is that she comes across as somebody who lives her life to the fullest. But that’s all.”

The character has a very bold look, which she loves, says Shweta. “It’s quite different from what I have done so far. The journey of my character had not begun like this. Shanaya, when I had joined Girl Talk, was quite different. I love the show and it is fun shooting with Aneeta, Rishina and the team,” she says.

The series ‘Four More Shots Please’ was based on the equations shared by four friends. However, Shweta says Girl Talk is different. “Well, Four More Shots’ is quite different from ours as they have their stories going on and it’s a series. We are an anthology and simple short conversations between girls, there is nothing more or less to it,” she says.