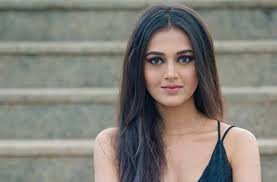 Bigg Boss 15 is getting all the more controversial every passing episode.

The show has some of the most popular names of the television industry and after the wild card contestants have entered the game has got tougher to survive in.

Recently, the makers announced a new captaincy task, in which housemates were divided into two teams. In the task, one team needs to eliminate the contestants of the other team by torturing them. However, when Tejasswi Prakash tried to win the task by pretending to be choked, her behaviour didn’t go well with the netizens.

This week the Salman Khan’s show witnessed the entry of the first wild card contestant, Rajeev Adatia. On the first day of his entry, many dynamics changed in the house, after Rajeev gave everyone a reality check.

In the first round, team A was told to stand or sit in letters, while team B had to remove contestants from the letters. As the task progressed, Tejasswi Prakash started choking as her team members were blowing talcum powders on the opposition. Seeing this everyone became anxious, Karan Kundrra rushed her to the medical room, while her team members followed them. As they entered the bedroom, Tejasswi revealed she was faking the choke so that one of the team A members steps out. Later, she can be seen asking her teammates if they liked her performance. However, the act didn’t go well with netizens, as a majority of them slammed her for insensitive behaviour.