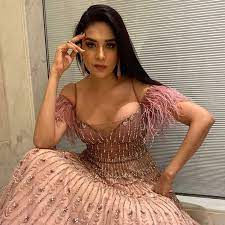 Actress Anjum Fakih, who is better known as Srishti from Zee TV’s Kundali Bhagya is also part of the second season of Bade Achhe Lage Hain on Sony TV.

On juggling between the two shows, Anjum shared, “Well, as an actor it gives me satisfaction as I have got a chance to be part of such good shows and prove my mettle. Both the characters are poles apart. Shishti is fun-loving and bindaas while Maitri is soft spoken and a simple girl. Shooting for both shows gets extremely tiring but I have no complaints. I feel fortunate that I have got the opportunity.”

When asked which character of her she resembles in her real life, she replied, “I am very much like Srishti in my actual life. Hence, I have worked on myself a lot to play Maitri’s part. It isn’t easy to switch characters.”

What kind of role does she wish to play in the near future? “I want to play out and out negative character and I think I will do a fantastic job.”