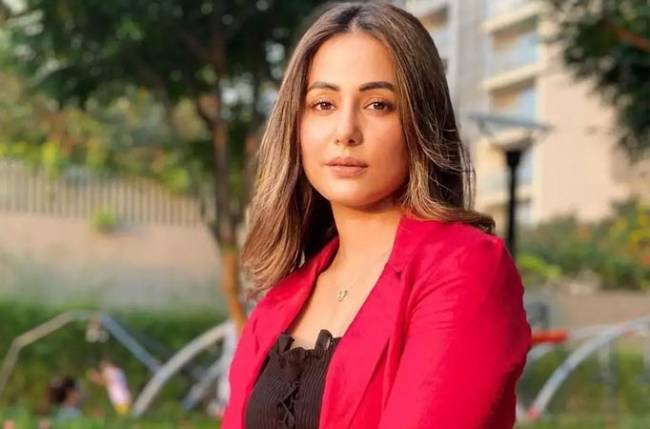 Popular TV actor Hina Khan, who has worked in various TV shows, has a massive fan following of 12.6M on her verified social handle on Instagram. The actor keeps her Insta fam posted with her whereabouts. She also often conducts Q&A sessions to interact with her fans.

On a related note, do you know that after she bagged the iconic antagonist character of ITV – Komolika of Kasautii Zindagii Kay, she wanted to text any one of her fans anonymously? Scroll down to know the reason behind her this desire.

During an interview, back in October 2018, the Yeh Rishta Kya Kehlata Hai actor was reminded that the revelation of her character was a ‘major suspense’ for the viewers. Later, she was asked if the actor ever felt like revealing it before the official announcement by the makers. Replying to the question, the actor had asserted that she often wanted to reveal it, at least to her fans.

She had further added that if she had any of her fan’s contact details, she would have informed them via an unknown number that she will be playing Komolika. She had continued that sometimes her fans used to cry to get an update about her work front. However, the actor had concluded by saying that the wait was worth it.

In October 2018, KZK 2 producer Ekta Kapoor had shared a promo to give a glimpse of Hina Khan’s Komolika. The actor portrayed the character for a brief period and bagged praises from her fans. However, she quit the show in September 2019.

After her exit, Karan Singh Grover joined the cast to play Mr Bajaj, a character that was played by Ronit Roy in the first installment of the TV series.

After a few speculations made the rounds on the internet, Ekta had confirmed Hina’s exit via a social media post.

Months after the actor’s exit, Aamna Sharif was roped in to continue the character. the show went off-air in October 2020, replaced by another Star Plus’ show Ghum Hai Kisikey Pyaar Mein, starring Neil Bhatt, Ayesha Singh and Aishwarya Sharma.