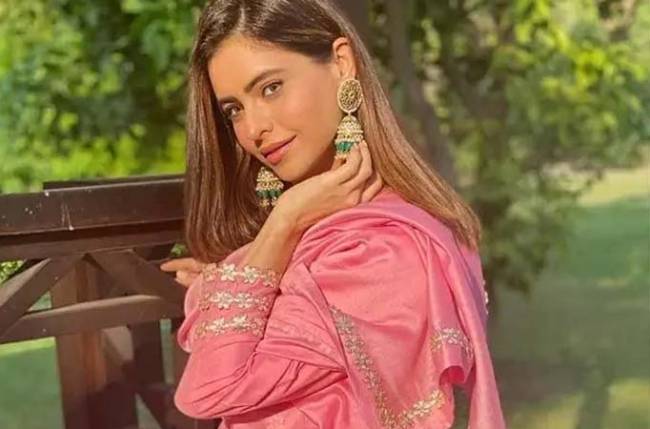 The actor dropped a string of pictures giving fans a sneak-peek of the fun he had in the party. Apart from the photos, Aamir also shared an interesting video featuring him, Mouni Roy and Aamna Sharif while they were freely grooving to the beats of Salman Khan’s hit song ‘Jeene Ke Hain Chaar Din’ from the movie Mujhse Shaadi Karoge and it’s truly unmissable.

The actor shared the video and gave fans a glimpse of the crazy they all had while dancing. In the video, the celebrities dance to the tunes like no one’s watching!

While Aamir dances on the song, Aamna and Mouni are spotted standing on a sofa and dancing like crazy. Mouni had her lehenga dupatta wrapped around her neck, while Aamna showed her crazy avatar which no one has witnessed before.

Meanwhile, Aamir Ali was also seen pulling off the hook step of Kareena Kapoor Khan’s song ‘Fevicol Se’ with actress Karishma Tanna and they both were dancing like there’s no tomorrow.