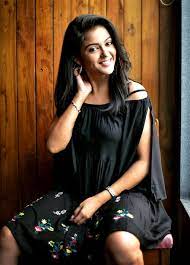 Maddam Sir is a cop-based comedy that has been keeping its viewers hooked to the show.

The sitcom stars Gulki Joshi, Yukti Kapoor, Bhavika Sharma, and Sonali Naik in the lead roles. It focuses on social issues and tries to give a message to everyone in a light-hearted way.

Fans are in love with Gulki’s never-seen-before avatar in the show.

We got in touch with Gulki, who spoke at length about Maddam Sir and much more.

We all are one big team now. It’s a crazy feeling once I am on the set. I am a different person altogether. We have our own characters that we live on a daily basis. And now, we all share the same vibe and have the same level of madness. It feels like we are all ‘set ke gunde’. It is a different kind of power as our characters are quite strong plus we are strong individuals as well. We all are there for each other. I feel blessed to work with such a team.

Haseena’s character is not aggressive at all. But I feel like bashing the culprit who has misbehaved with a girl. But Haseena Malik can’t do this. She has to control herself and teach the right lesson to the guilty. That time, I keep thinking that it is so challenging to just perform such scenes being an actor, but it would be so difficult to do this job for the police in real life.

Pranks on the set…

I really don’t know what to say. The pranks just happen while we are just casually talking. We had once pranked everyone by spreading a false rumour on the set. We were supposed to complete our outdoor shoot on a certain date but we told everyone the wrong date. So, everyone got worried. Sonali ji, Bhavika, and others were tensed. The other cast and crew members were not happy as they were away from the family, tired of the shoot, and wanted to go home. We went ahead with this prank for one and a half day and then finally told everyone about it.