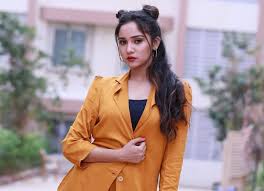 We has exclusively learnt that Ashi Singh is roped in to play the lead role in Zee TV’s upcoming show.

The new TV show will be produced by Shashi Sumeet Mittal Productions.

Ashi, who is apparently playing the lead role on the show, will be seen in the character of Prema.

Diehard fans of the actress are likely jumping with joy on hearing this news.

The actress was paired opposite Randeep Rai.

Coming back to Ashi’s new show, not many details are revealed about the show and about Ashi’s character.

However, we will be soon back with some more updates on the new show.

How excited are you to see Ashi Singh in this new show? Tell us in the comments.