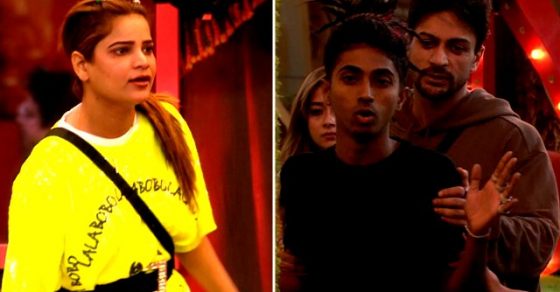 MUMBAI: In the second week of the show itself, the contests have given a lot of content to the show and we saw the various arguments and fights among the contestants.

She did have a fight with MC Stan which made headlines inside and outside the house.

We did see how the contestants were holding MC Stan and were telling him to calm down so that the fight doesn’t increase and things don’t go out of hand.

Tvmag exclusively ran a poll where the audience had to vote for team they would belong to, whether it was MC Stan or Archana? The audience voted for Archana’s team.

In the past few days, we have seen how Archana has been gaining a lot of love and support from the audience when it came to her gameplay.

She has become one of the most trending contestants on social media. Whereas MC Stan has to buckle up his game as he isn’t seen much on the show though he does have a fan following.

Seeing the game of Archana, seems like she is also building a huge fan following where the audiences have begun to like her and support her.

Well, in this fight between MC Stan and Archana, the fans seem to be on Archana’s side!

But whom do you support in this fight?

Do let us know in the comments below.