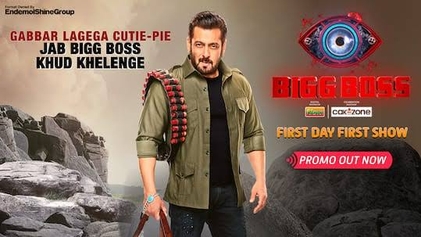 MUMBAI :Bigg Boss 16 has entered its fifth week and this season is doing exceptionally well for itself. Since week one, the show has been having good TRP ratings and is among the top 20 shows at the BARC rating.

One of the major reasons for the show to do so well is the contestants, who are playing the game well and are giving a lot of content to the show.

At the beginning of the week itself, we will witness a major fight between Shalin and Priyanka, as Abdu would just joke about his protein habits and will be mimicking the way Shalin behaves.

This leads to a massive fight between Priyanka and Shalin, where the two will say things to each other, and the other housemates will try and calm them down.

During the live feed, we get to see that the nomination task is over, and the nominated contestants for this week are Sumbul Touqeer Khan, Archana Gautam, and Soundarya Sharma.

Well, it seems like this time, it could be Sumbul who will be saying goodbye to the show, as we saw over the weekend how Salman Khan was making her understand that she needs to do something on the show for her to remain and win the show.

The actress came in as a very strong contestant and fans had a lot of expectations from her. Her failure in playing the show well was later told by the contestants and Salman Khan told her to focus on her game rather than moving around one person.

Whereas Archana and Saundarya are giving some content on the show and are seen in-game so they do have more chances to stay in the house.

Well, it will be interesting to see how Sumbul will change her game from here and get the audience to vote to save her from getting eliminated.

What do you think will happen in the upcoming episode?

Let us know in the comments below.