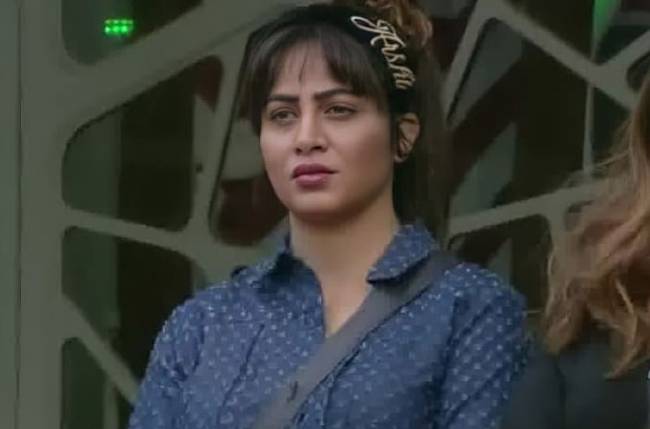 Evicted contestant Arshi Khan managed to be a centre of attraction on Bigg Boss 14 courtesy her weird dressing sense. She was mostly seen sporting risque nightwear in the house. If the antic earned her the nickname Nightie Queen, Arshi says she couldn’t care less.

Perhaps Arshi was out to carve an image of a seductress courtesy her lacy and satin nighties completed with smokey eyes and thick eyelashes even during odd hours. It’s a different thing the outcome on screen was inadvertently far too ludicrous to have that impact.

Arshi, on her part, is not bothered about public perception.

“The thing is that I am just very comfortable in my nighties,” she told IANS. So much so, she even wanted to don the wardrobe during Weekend Ka Vaar with Salman Khan.

“One day I wanted to wear a night wear on a Weekend Ka Vaar episode but Rahul Vaidya and Aly Goni stopped me. I just am comfortable in them. Yes, I am (a) Nightie Queen and I love it,” she said.

Arshi is now out of the Bigg Boss house and is currently vacationing in Goa but is upset due to her eviction.

“I can’t understand anything. I am in shock, and am feeling weird. Definitely, I am upset. I can’t even do anything. I had put in so much efforts,” she said.