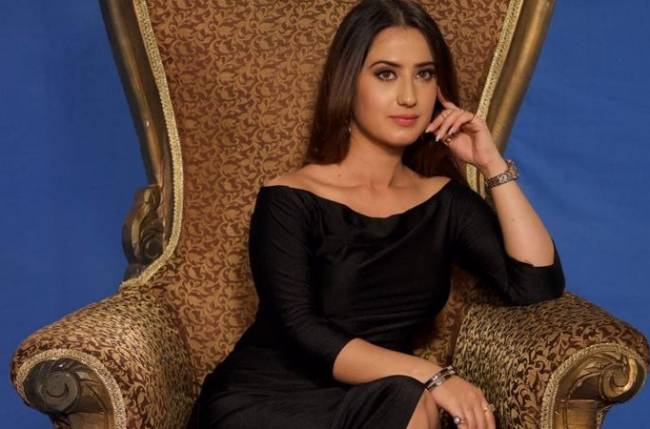 Ever since its first episode aired, Zee TV’s show – Teri Meri Ikk Jindri has been successful in entertaining the masses through its unique love story of two starkly different personalities – Mahi (Amandeep Sidhu) and Jogi (Adhvik Mahajan). The duo has managed to capture everyone’s hearts with their striking chemistry and adorable love story. Though their love story has been developing well, numerous twists and turns due to the other characters of the show have unsettled their relationship in the past. Bringing forth another interesting twist in Mahi and Jogi’s lives will be none other television actress, Aalisha Panwar who is set to essay the role of Jogi’s childhood friend, Avneet.

Much in contrast with Aalisha’s real-life personality, Avneet is a modern Punjabi girl whose looks and go-getter attitude has made her popular amongst everyone. While Avneet has been the pampered kid, who has always lived a very luxurious life, she has also been an all-rounder and a confident person. In fact, her confidence has made her want to achieve whatever she wishes for. For Avneet its not ‘where there is a will, there is a way’, but ‘It’s always Avneet’s will and Avneet’s way’

Talking about essaying this character, Aalisha Panwar said, “When I was approached to play a character in this show, I was quite skeptical of taking it up because I felt it might get subdued amidst two powerful lead roles. I had almost said a no to this character, but I was convinced to hear Avneet’s story out, and after that I felt compelled to say yes. She is a really strong and powerful girl who is set to bring a very interesting and thrilling twist to the current storyline. While most people might believe that I have played such a role before, this character is actually very different. Anybody will be able relate to her because she is someone who loves in abundance but can also get envious. There is a lot that she can give, but she also knows how to take back. I really loved how the character has a very close connection to reality and that’s when I knew that I wanted to essay it. So, I am really looking forward to shooting for Teri Meri Ikk Jindri and play the role of Avneet. The entire cast has been very warm and welcoming, and I felt really glad meeting them, especially Adhvik since I know him from before. I sincerely believe that it’s going to be a great journey for me”.

While Jogi is sure to be extremely thrilled meeting Avneet, will our dearest Mahi also be as thrilled?

To know more tune into Teri Meri Ikk Jindri every Monday to Saturday at 8pm only on Zee TV.