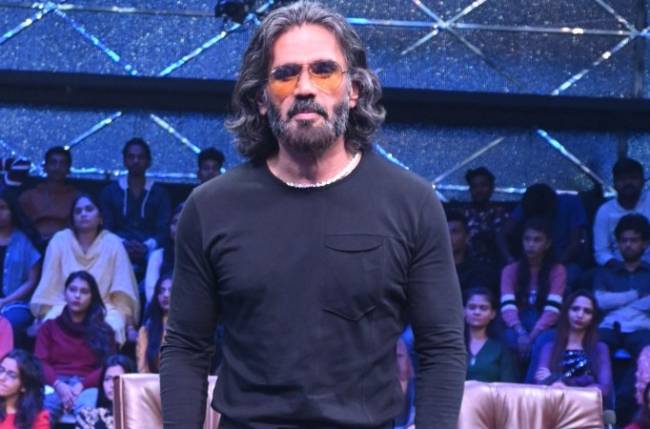 Bollywood actor Suniel Shetty opens up about his father, Veerapa Shetty and his struggles in life on the dance reality show Indias Best Dancer 2.

He says that his father’s life was never easy and in fact he worked as a cleaner.

Sharing more on the same, Suniel said: “Whenever anyone asks me, who is my hero? I always say it’s my father. I am really proud of my father for the kind of man he was and of the incredible life he led. He came to Mumbai when he was merely 9-years-old and worked as a cleaner.”

Suniel will be appearing as special guest along with Bollywood actress Karisma Kapoor on India’s Best Dancer 2′, hosted by Maniesh Paul and the judges are choreographer Terence Lewis, Geeta Kapur and actress and model Malaika Arora.

He added how his father was never ashamed of what he was doing and gave the same lesson to the actor.

“However, he was never ashamed of whatever he did to earn a living. Interestingly, the buildings he worked in as a cleaner, he worked his way to become the manager there and eventually bought those buildings and became an owner. That’s the kind of man he was. He always taught me to be proud of what you do and do it with your whole heart.”

Karisma also got into the conversation and shared her experience of meeting his father and how she found her as a person.

She said: “I have had the honor to meet Suniel’s father while we were working together. He used to come to our shoots and proudly watch his son work. He was indeed the loveliest human being.”