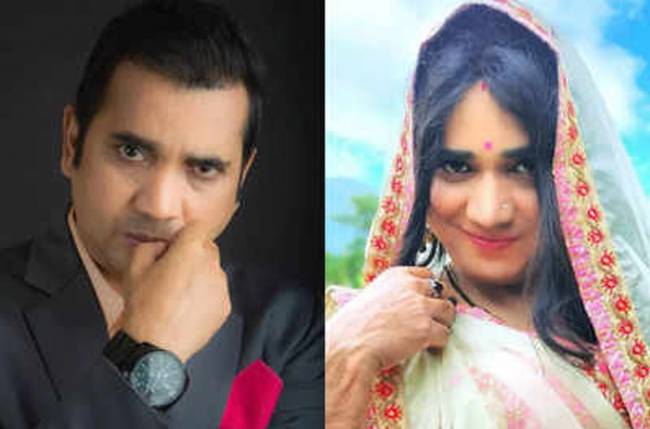 Actor Saanand Verma, who plays ‘Anokhelal Saxena’, left everyone amazed when he recently got into the shoes of ‘Angoori’ on ‘Bhabi Ji Ghar Par Hai’.

Talking about the sequence, the actor said: “In the show, some misunderstanding happened between ‘Angoori’ and her husband ‘Manmohan Tiwari’ and she has left him. Since ‘Tiwari’ had done a huge favour to me, I wanted to return the favour by being by his side in this time of need. Also, while staying with him I had to do something so that ‘Angoori’ and ‘Tiwari’ are back together once again.”

“Actually, I was not supposed to imitate ‘Angoori’ fully, I had to maintain a balance so that it looks funny. It’s an interesting track and I am sure the audience will love it,” he added.

‘Bhabi Ji Ghar Par Hai’ sees Shubhangi Atre in the role of ‘Angoori’, and Saanand revealed the actress was quite happy to see him in Angoori’s get up. “She was very happy and in fact she said that I am looking very pretty in the whole get up. Actually, Shubhangi had earlier played my role in the show, so now it was like a role reversal,” he said.

He also confessed that he just went with the flow and said: “Unlike films or OTT, on TV you don’t get much time to prepare because on TV you are giving one episode daily, so you don’t have the time to do a workshop or prepare. You need to just follow what’s in front of you.”