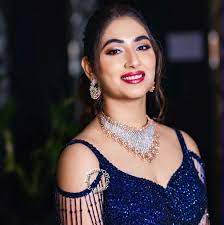 Bade Ache Lagte Hai has entertained the audience with its one of its kind content. The show originally saw Sakshi Tanwar and Ram Kapoor in the leading roles.

It turned out to be an iconic show and the makers are back with another season. This time, they have roped in Nakuul Mehta and Disha Parmar to play the roles of Ram and Priya, they have been doing really well.

Fans are loving their nhok-jhok and jodi!

However, there are a few people who have been comparing the show with the first season. When Disha was asked about the difference between the first and second season, she said that they are visible. BALH 2 is a fresher story with younger perspective.

She mentioned that the first and second season will be compared for obvious reasons, the characters are same, the name of the show is same, but now it has been about a month since they have been airing.

She mentioned that it is a fresher story, 10 years later, with a younger perspective with today’s time.